Coming out on her own terms. Rebel Wilson confirmed that she was pushed into announcing her relationship with girlfriend Ramona Agruma before she planned to take the relationship public.

“Thanks for your comments, it was a very hard situation but trying to handle it with grace 💗,” the Pitch Perfect star, 42, wrote via Twitter on Sunday, June 11, in response to a tweet from an appalled journalist.

An op-ed in Australia’s Sydney Morning Herald confirmed that they gave Wilson a deadline to respond to their inquiries about her relationship, her first confirmed romance with a woman. “It was with an abundance of caution and respect that this media outlet emailed Rebel Wilson’s representatives on Thursday morning, giving her two days to comment on her new relationship with LA leisure wear designer Ramona Agruma, before publishing a single word,” a Saturday, June 11, article stated. “Big mistake. Wilson opted to gazump the story, posting about her new ‘Disney Princess’ on Instagram.”

Wilson came out on on Thursday, June 9, sharing a sweet selfie with the Lemon Ve Limon founder. “I thought I was searching for a Disney Prince… but maybe what I really needed all this time was a Disney Princess 💗🌈💗#loveislove,” the Senior Year actress captioned the snap. 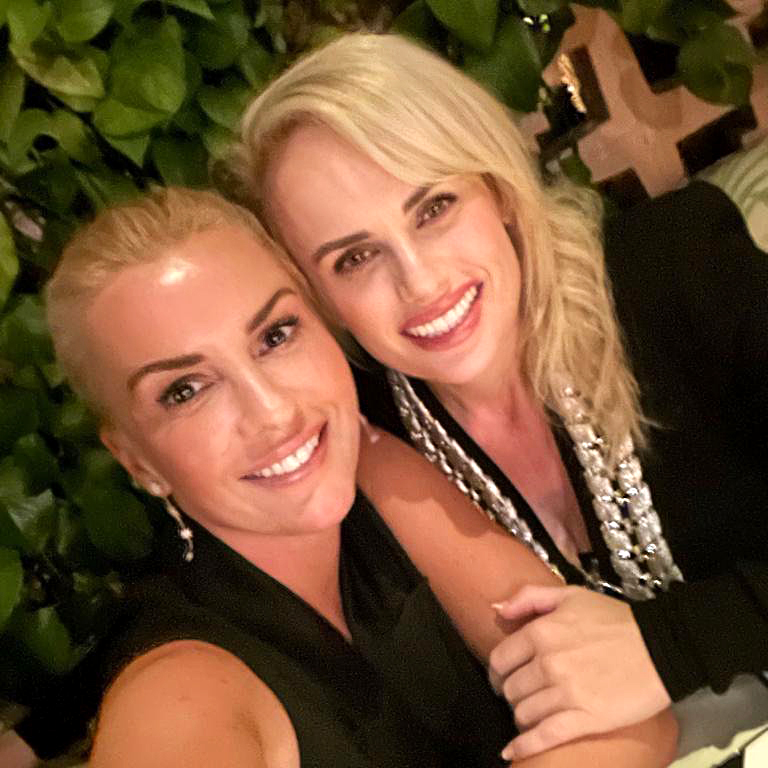 The publication denied any wrongdoing. “To say that the Herald ‘outed’ Wilson is wrong,” a note from the editor shared on Sunday read. “Like other mastheads do every day, we simply asked questions and as standard practice included a deadline for a response. I had made no decision about whether or what to publish, and the Herald’s decision about what to do would have been informed by any response Wilson supplied.”

The Australia native previously revealed she was in a new relationship after her Year of Love experiment, where she dated many people, including some unexpected suitors. “I think I went out with about 50 people in that one year, but some of them were just one date and then you think, ‘Oh, no,’” Wilson said in May on the “U Up?” podcast.

Stars at Pride Through the Years: Miley Cyrus, Luke Evans and More

The Hustle star explained, “I deliberately wanted to push myself to date a bunch of people and gain that experience, which I know is not normal, but it really helped me find out what I liked and what I didn’t like.”

Wilson described herself as “happily in a relationship,” and fans now know that she was speaking about Agruma. “I met them at a friend’s set-up. He had known both of us for at least five years and he thought we would hit it off – and then we did!” she revealed.

The law school graduate said that being set up by a friend “escalates” relationships more quickly. “I can trust that they are who they say they are, which is something that you don’t really know on the apps,” she said.