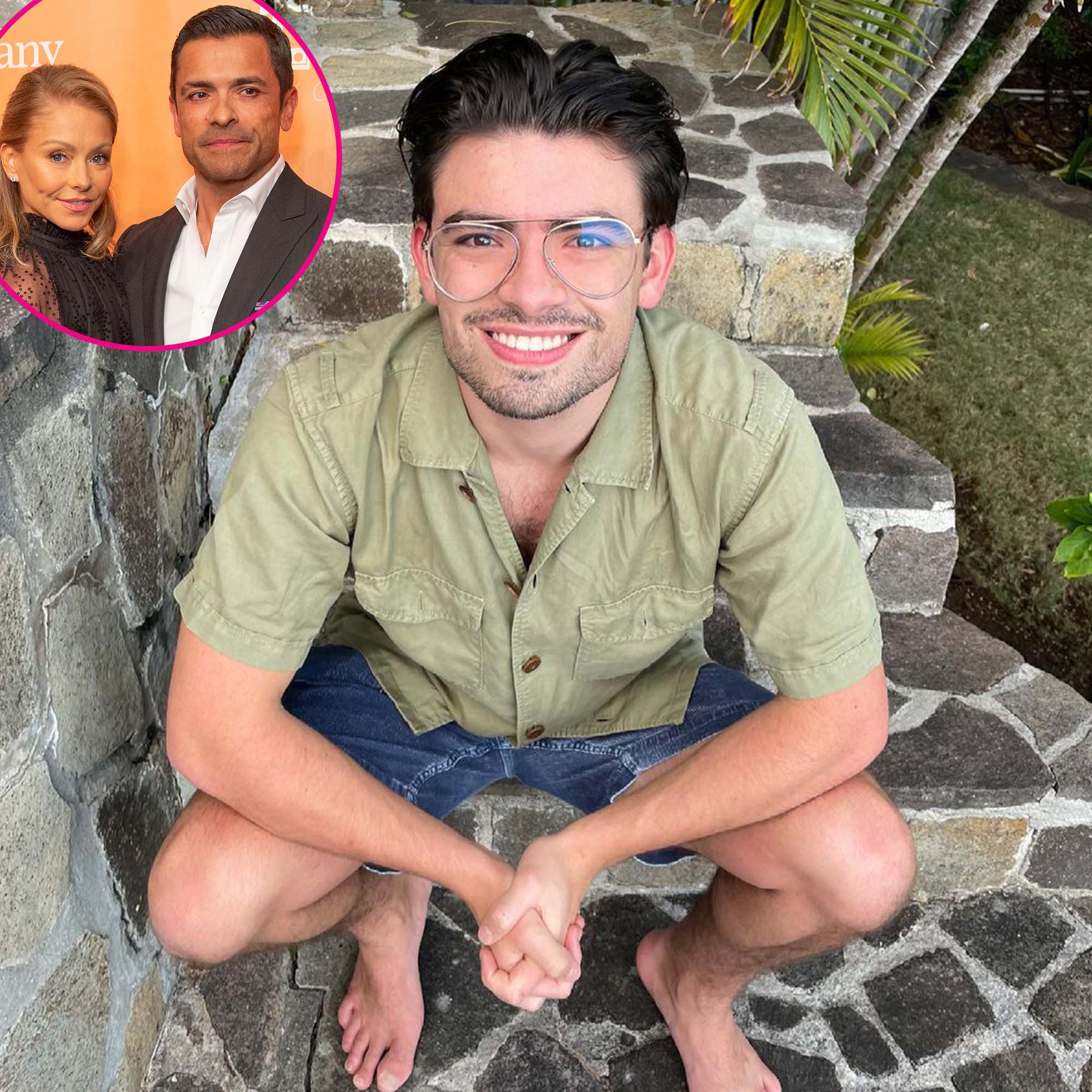 Not following in his parents’ footsteps. Michael Consuelos has dabbled in the acting world like his parents, Kelly Ripa and Mark Conseulos, but he has zero interest in one of their other pastimes: posting thirst traps.

Celebrities and Their Look-Alike Kids

Speaking to E! News during the Wednesday, August 11, episode of Daily Pop, the New York University graduate, 24, said that having parents on the younger side is a mixed bag. “It’s a blessing because you get to spend more time with them,” he explained. “It’s a curse because they post stuff like this.”

He was referring to the couple’s habit of sharing risqué photos via Instagram. In July, for example, the Live With Kelly and Ryan host, 50, posted a snap that showed her husband, also 50, staring at her behind in awe. “When the end is in sight,” she wrote in her caption.

Thanks in part to his parents’ antics, Michael has no plans to start posting revealing photos of his own. “I’m a pretty reserved and private guy, and I think that’s the very reason why — because I’ve seen this nonsense and I want no part of it, honestly,” he told Daily Pop.

Hollywood Love! Hottest Couples Who Fell in Love on Set

The actor, who played a younger version of Mark’s character, Hiram Lodge, in two episodes of Riverdale added that he also felt odd watching his mom guest star as Hiram’s mistress in 2019.

“I mean, it’s pretty weird,” he said. “That was a couple seasons back, but it was still really surreal and strange. I don’t know how I feel about it.”

When the family first got the news that Michael would play a young Hiram in season 3 of the CW show, Mark took to social media to congratulate his son on the achievement.

“Bucket list moment for Mom and Dad,” the All My Children alum wrote via Instagram in 2018. “Congrats to my son Michael on being cast as the younger (and much better and handsomer) Hiram. … We are so proud.”

A Timeline of Kelly Ripa and Mark Consuelos’ Relationship

His mom, however, went a different route, joking that she wanted to see some returns on her investment. “Congrats Michael on being cast as young Hiram Lodge on @thecwriverdale,” she wrote via Instagram at the time. “However [Dad] and I would like to take this opportunity to remind you and your siblings that as your fiduciaries we are hereby entitled to 10% of all future earnings hereto wit, or something like that.”

The duo, who wed in 1996, also share daughter Lola, 20, and son Joaquin, 18. Lola is currently a student at her older brother’s alma mater, NYU, where she’s studying music. Joaquin, meanwhile, is set to attend the University of Michigan this fall.