Qatar Airways lands best airline in the world award at the ‘Oscars of Aviation’, easyJet is named No2 budget carrier, Air Canada best in North America and Singapore Airlines No1 for cabin crew

Qatar Airways has been named the world’s best airline at the prestigious Skytrax World Airline Awards – known as the Oscars of Aviation.

This year the ceremony was held at the Paris Air Show, with key industry figures from across the globe in attendance. 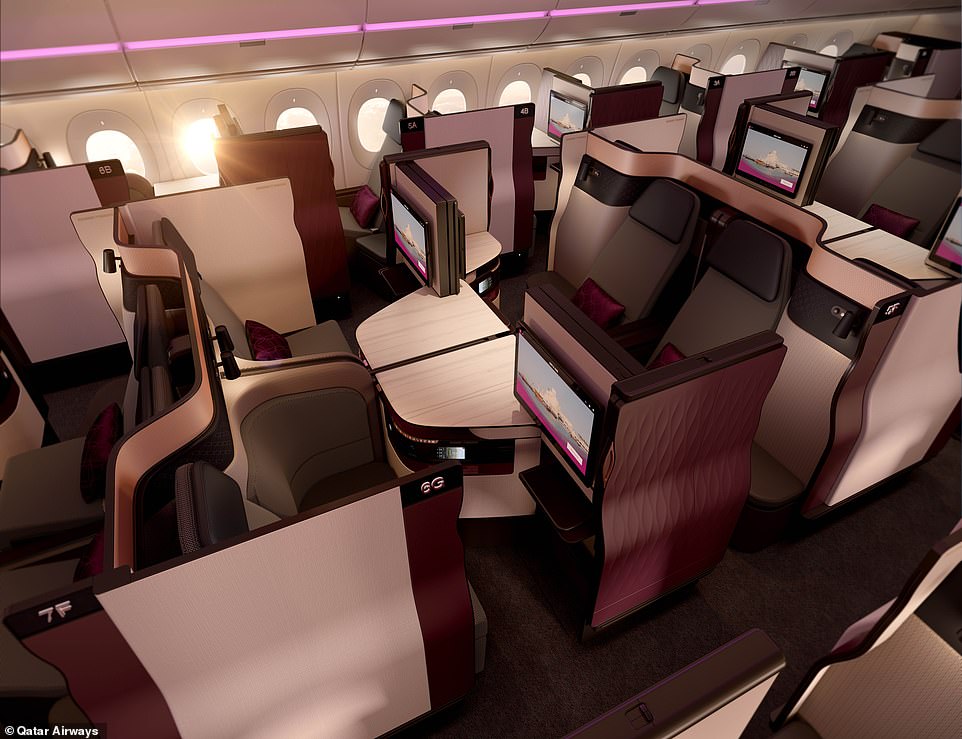 Qatar Airways has been named the world’s best airline at the prestigious Skytrax World Airline Awards – known as the Oscars of Aviation. It was also named the best carrier in the Middle East, for a third successive year, and its patented Qsuite was named best business class (pictured) and the cabin with the best business class seats 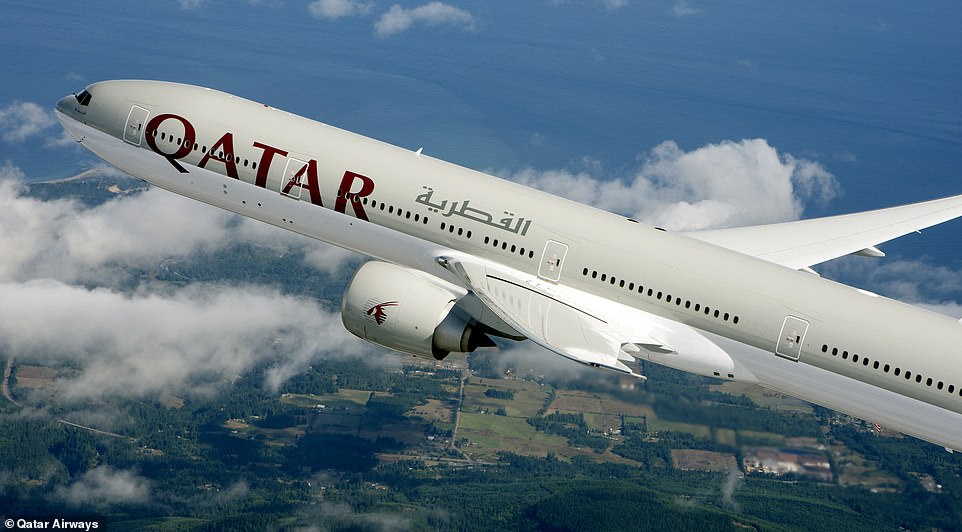 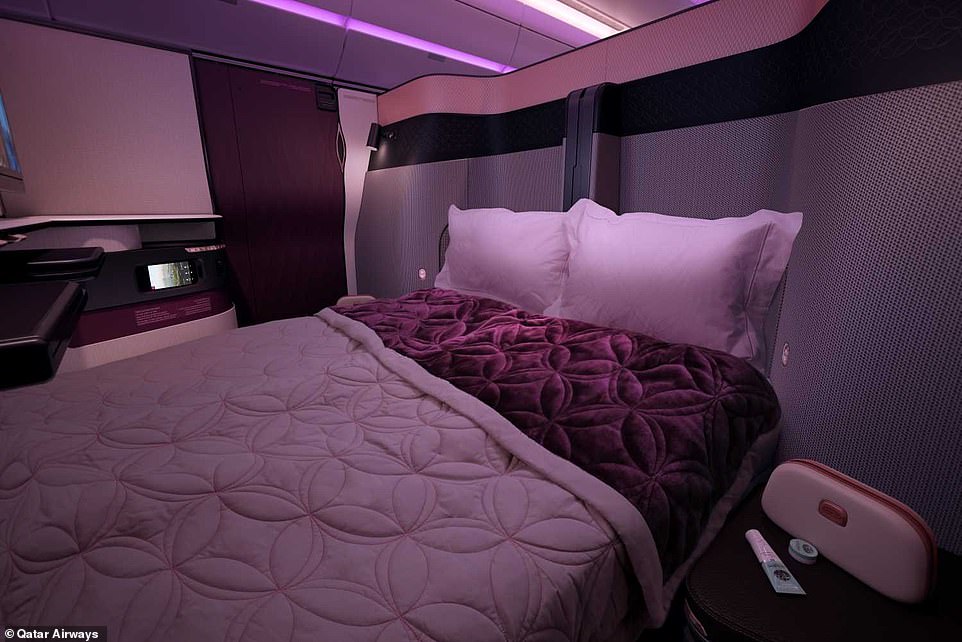 Commenting on the quartet of accolades, Qatar Airways’ group chief executive, H.E. Mr Akbar Al Baker, said: ‘The Skytrax awards are widely recognised as the most prestigious in the airline industry, so to have won so many prizes at the 2019 ceremony is a truly thrilling experience for Qatar Airways.

‘It’s truly memorable to be globally recognised by our customers by winning these four prestigious awards.

‘Becoming the first airline to be named as Airline of the Year for the fifth time is a landmark achievement and, combined with three other major Skytrax awards, it is a testament to the tireless efforts of the entire Qatar Airways team.

‘It is a proud moment for the airline as our constant innovation and service standards set the benchmark in our industry.’

In the budget ranking, easyJet was beaten to the top spot by Malaysia-based AirAsia. 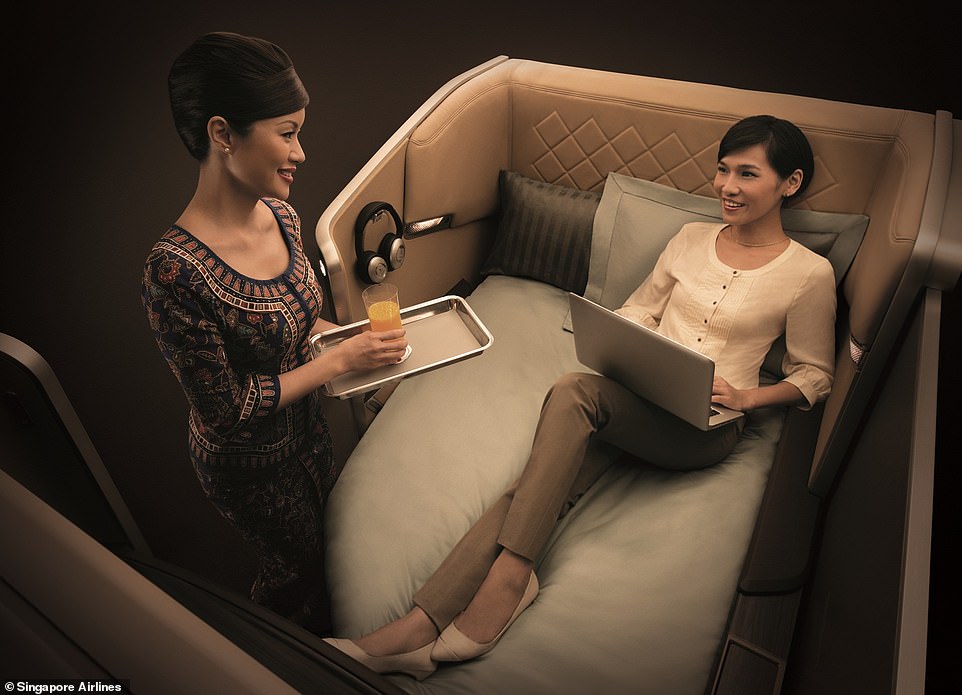 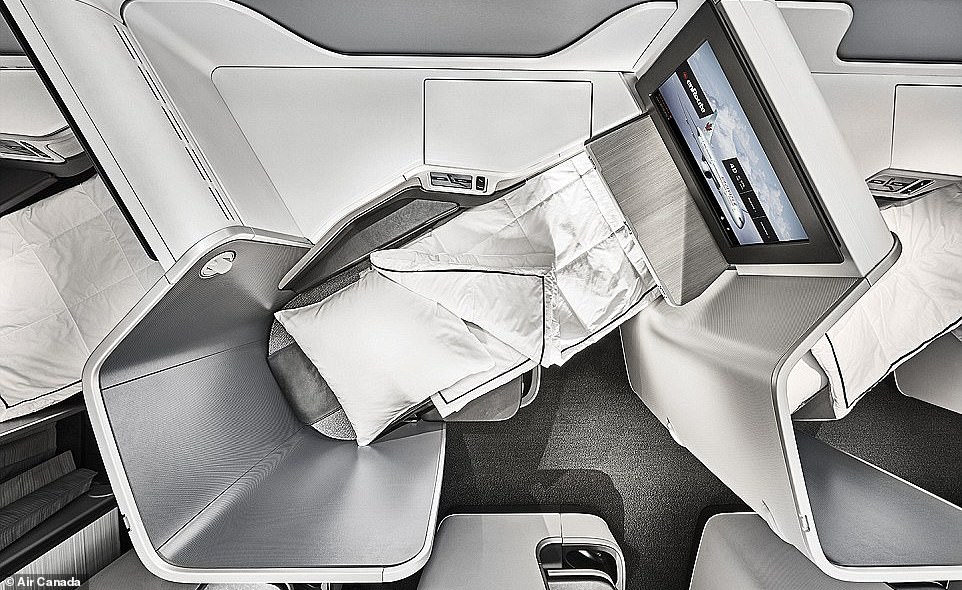 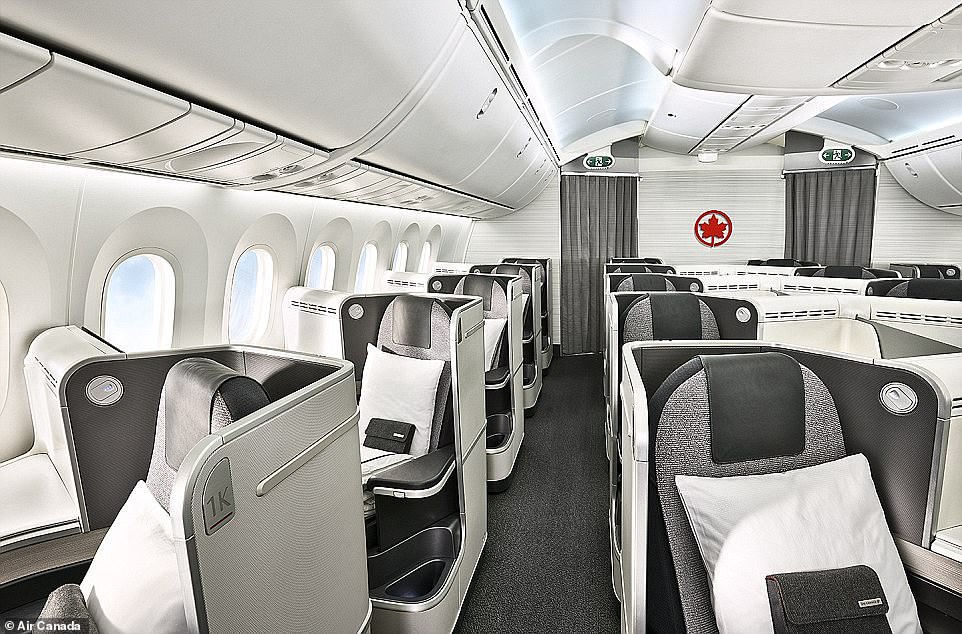 Above, a view of Air Canada’s business class pods. Each one includes an entertainment screen and touch screen control panel to work the seat

And while Ryanair recently finished bottom of the respected Which? annual airline survey for the sixth consecutive year, it managed to come ninth on the Skytrax best low-cost airline leader board, with Eurowings rounding out the top ten.

Singapore Airlines was also honoured for having the best first class seats and being the best airline in Asia. 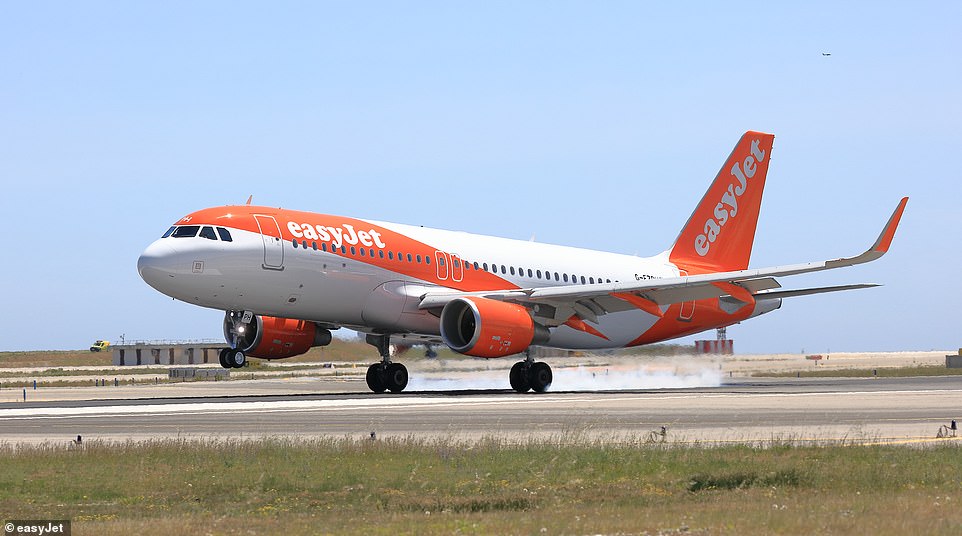 In the global budget ranking, easyJet was beaten to the top spot by Malaysia-based AirAsia 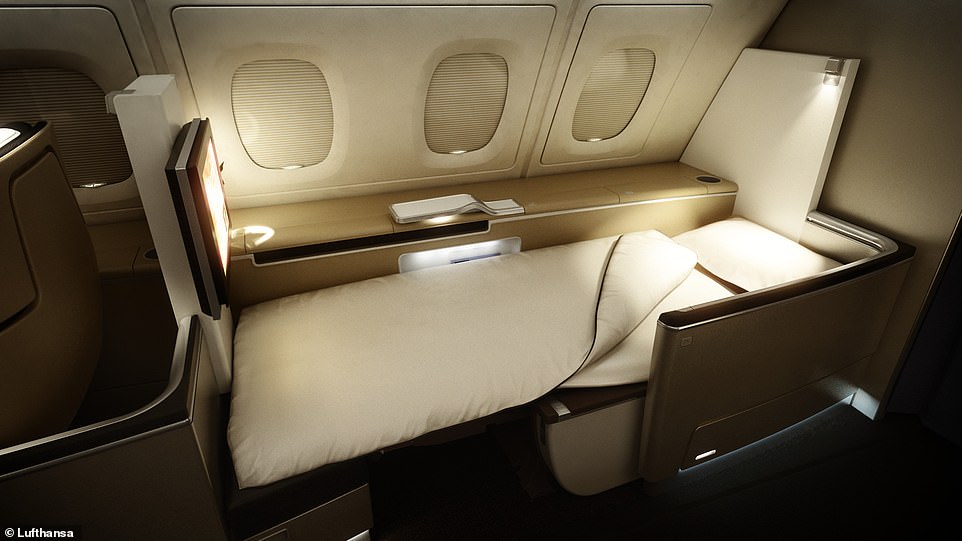 Lufthansa came second in the world’s best first class cabin ranking. Above, Lufthansa’s first class offering onboard the A380 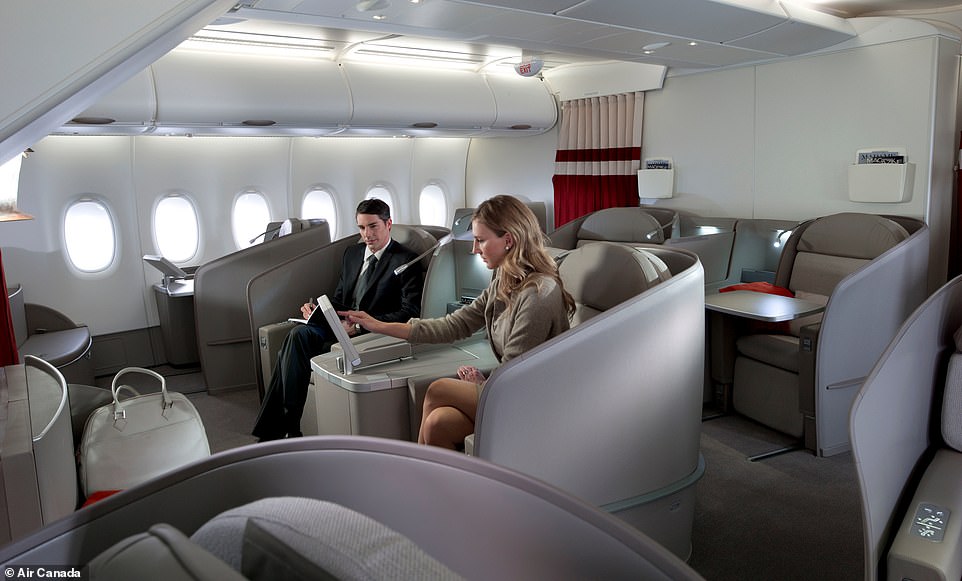 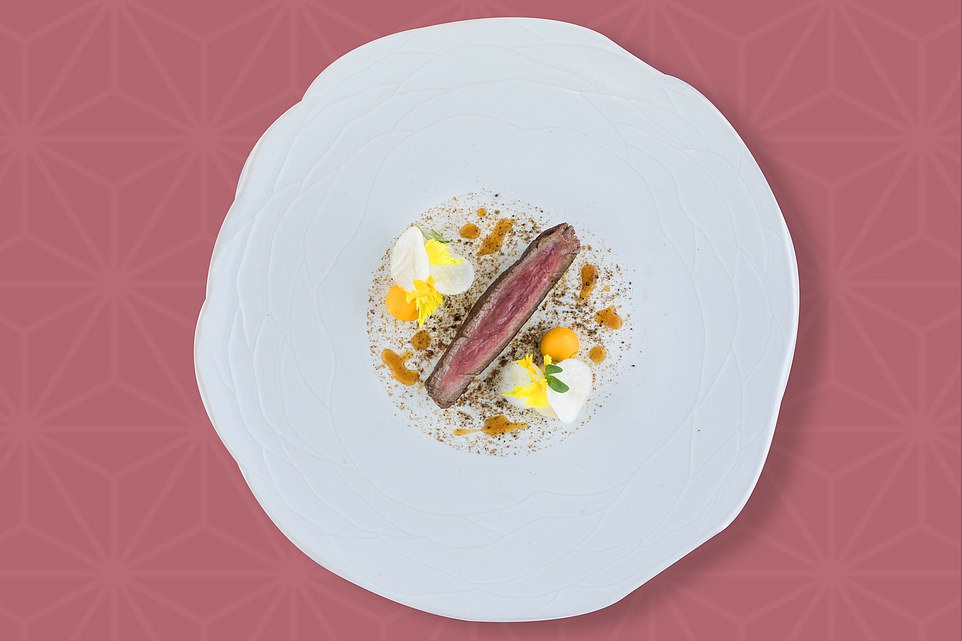 On the subject of hospitality, Air France got the award for having the best onboard catering in first class, ANA All Nippon Airways took home the same gong in the business class category, while Austrian Airlines did for premium economy and Taiwan-headquartered EVA Air claimed victory for economy.

Putting on a fine spread for passengers before even stepping on to the plane, Air Canada won an award for having the best dining facilities in business class airport lounges and Air France took home the same accolade in the first class lounge division.

Food and drink aside, Swiss International Air Lines took home the title for having the best first class lounges overall, while United Airlines got gold for its business class lounge facilities.

Virgin Atlantic was recognised for having the best business class lounges in Europe. 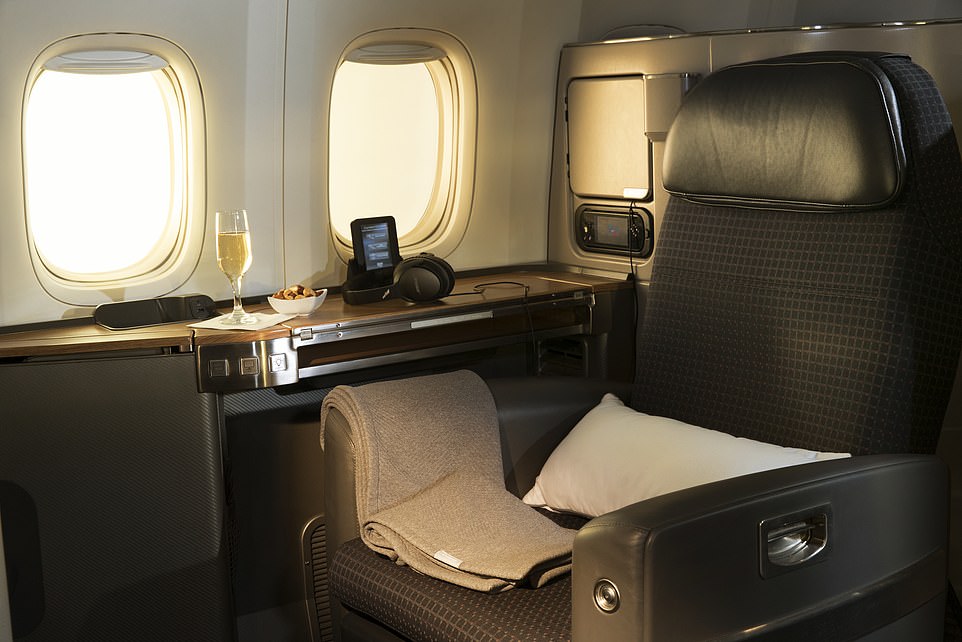 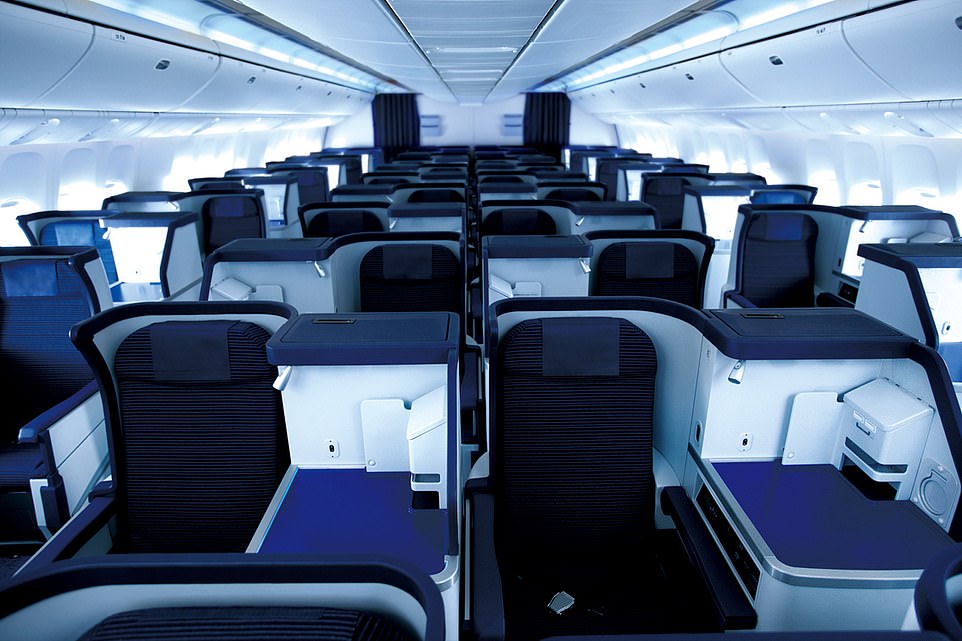 ANA All Nippon Airways was named the world’s third best airline and it came second in the best business class category. Above, a view of the airline’s roomy business class seats

WHY QATAR DESERVES ITS AWARDS

I flew business class with Qatar Airways this year and was blown away. From the lounge to the seat to the service, it was pretty much 10 out of 10 every step of the way. The Heathrow lounge, for instance, had a statement water fountain that wouldn’t look out of place in a five-star hotel lobby – and there are actual olive trees running up through the tables. The suite itself is masterfully designed, with faultless ergonomics. And the ability to turn the middle seats into a bed is a brilliant concept. And the service is just so graceful and serene.

Qatar Airways is the trailblazer for industry standards in so many ways. Congratulations.

Celebrating its 19th anniversary, the World Airline Awards were introduced in 1999 to ‘provide a customer satisfaction study that was truly global’ and claim to be the world’s largest airline passenger satisfaction survey.

Each year, travellers across the globe decide the winners and can vote in English, French, Spanish, Russian, Japanese and Chinese.

For the 2019 awards, between September 2018 and May 2019, more than 100 nationalities participated in the survey with 21.65 million entries submitted.

More than 300 airlines are featured.

Commenting on the results this year, Edward Plaisted of Skytrax said: ‘To be named as the World’s Best Airline is a great recognition of Qatar Airways’ high standards, and recognises the hard work and dedication from every member of staff to satisfy customers.

‘To achieve this accolade for a fifth time is a remarkable achievement, and we congratulate them for this unique success.’